New Tribalism - Not Your Ancestors' Campfire

New Tribalism - Not Your Ancestors' Campfire 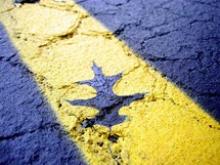 There’s no question that people in modern societies are unhappy; unhappy with their partner, with their jobs, with their income, with their families, with their friends, with their lifestyle….many aren’t even sure WHY they’re unhappy. They just are. There are any number of explanations for this, from distorted cultural perceptions of what makes one happy, to the increasingly isolated and superficial nature of modern social relationships. However, out of this general social malaise has grown a number of theories, some fairly radical, that address the problem of so much perceived discontent in the contemporary model of civilization. But we’re living this way to be MORE content, right?

An emerging concept in sociology and organization of human populations is the idea that we weren’t actually made to live as we do now; one worker ant in a colony of millions quietly doing our part so we can retire to some gated community in Florida (I’m being facetious but you get the idea). In fact, for the vast majority of human existence (roughly 99.8%) people have existed in small, interdependent communities that create micro-cultures based on the cultural framework of their neighboring tribes and common heritage (as opposed to, say, multi-national corporations trying to sell you something). These communities, or tribes, were the fundamental social pattern for hundreds of thousands of years. It’s a bit of a return to the “noble savage” concept of the 19th century, but with some socio-psychological underpinnings.

New Tribalism (or “neo-tribalism”) has been around for a few decades but with environmentalism becoming a stronger part of our social consciousness it has gained serious ground. The ideology promotes a marriage of modern society and conveniences with the tribal organizational structure. Promoting modern values and progress while maintaining a culture of interdependence and environmental sustainability (i.e. small, low-impact communities).

Carl Sagan first gave credence to new tribalism in writing, “hunter/gatherer lifestyles have served mankind well for most of our history, and I think there is unmistakable evidence that we are in a way designed for such a culture.” However, the writings of Daniel Quinn (author of Ishmael, and Story of B) have given the New Tribalism movement a narrative and context. Eco-villages, online communities, and urban revitalization projects are all manifestations of the growing prevalence of New Tribalism in our modern society. A study even linked the gaming communities of Massive-Multiplayer Online Role-playing games to aspects of New Tribalistic culture.

One issue with any emergent social philosophy is the political posturing that takes place among the many interests that would like to co-opt it. Neo-nazis, for instance, have used some of the ideas behind New Tribalism to justify an increasingly isolated community where prejudices and racial hatred could fester unhindered by greater social controls. This, of course, is not the intent of tribalism, which is to create greater interdependence between individuals without regard for race or creed. On the other hand a number of extreme environmentalists (Deep Ecologists, eco-warriors, etc.) have similarly adapted New Tribalism to advocate a return to old tribalism, forsaking established social structures and technologies in favor of a return to the primitive. Again, this is not the point. New Tribalism’s genesis was in the marriage of modern and primitive, in creating a new social order rather than recreating an old one.

The New Tribalism ideology will no doubt evolve as it continues to manifest itself in our society (most likely the very name “New Tribalism” will change to something less evocative). However, as we become a more fully integrated and pluralistic community the natural tendency seems to be something tribalistic in nature. The internet has impacted modern society in the ability for individuals to establish communities of sharing (sometimes over-sharing) and improving awareness across cultural boundaries.  Environmental sustainability has gone from a buzz-word to a cultural value, and there are near daily advances in green technology. Our current economic recession has greatly improved people’s investment in their national, state, and local governments as well establishing a work ethic of “everyone pulls their own weight”. These principles are at the core of tribal cultures, and will continue to be integrated into our modern social structures in surprising ways.