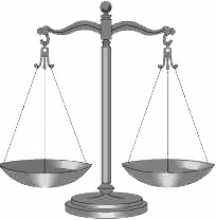 The judgment to ban citizenship possibilities for Palestinians marrying Israeli's is sustained.  Precedence for this ban is found in 2003 legislation that fumes about security and the need to maintain a Jewish-majority state. Human rights groups as well as civil rights groups have long seen this law as a violation of constitutional mandate. In the ruling given by Judge Asher Grunis, "Human rights do not prescribe national suicide".

This is an incredibly dangerous precedence to establish from a certain point of view. The argument could quickly turn into a quagmire of nationalism, racism and anti-human rights. It is quickly underlined here that indeed Israel is a state situated in a region long held by Islam, that certain members of Islam have pursued violent means towards Israel and Israeli citizens, that there have been wars, that there is still war for Israel and perhaps ultimately there will never be peace.  Thousands, tens of thousands, and even hundreds of thousands on all sides have died through a time period stretching across the 20th century and well into the 21st century.

What makes this sort of an argument particularly dangerous (as issued by Judge Grunis), is the precedence found in Germany and other countries prior to World War II. A time period also filled with economic upheaval, social adjustment, growing nationalism, racism towards those not of the same nationality/religion, and increasing violations of human rights associated with those of a different race. The precedence for this sort of a ruling immediately hails back to those sorts of legislative measures used by the German government against Jews in the years leading up to the Holocaust (badges or identification indicating Judaism, Jews cannot marry "natives" or Germans, Jews can only own certain businesses, Jews have travel restrictions, Jews can only attend certain schools, etc. etc. etc.).

As Israel continues to fight for its freedom and security in perhaps the most unstable region of the world, it is important to remember the steps of history that lead down a path. A well trodden path, that with each new law's enactment it is like a paving stone laid that leads towards the next cycle of history.  It is noted also, that survival oftentimes comes at the highest of costs....the neutralizing of a threat. Israel is surrounded by threats, and this maybe one of the methods of survival.